Painting and the hobby in general have taken a back seat for far too long but I am planning on investing more time to both of these and this blog going forward. Some of you have wondered where I’d gone (not far physically) but all is fine and well here now. I’ll look to reconnect soon.

Painting has not been completely absent but volume has been low. Over the next few weeks I’ll post about some things I’ve completed but some may date back a year or more.

Very few purchases besides the occasional Kickstarter (okay, quite a few tbh) but at least some of those get game time with my son who’s developed a passion for them.

During my hiatus the blog developed a few technical setbacks due to not being monitored and updates breaking things. Hopefully they are resolved now and images etc are showing as they should. If you spot anything I missed please let me know.

BTW – I will be posting backlog posts (as I make them) closer to the date that the painting/project was completed rather dumping them all in one or two months so that the blog looks a little more ‘maintained’ to new visitors. I think that’s the best policy.

So anything after March 2019 is ‘NEW’ for returning visitors.

As agreed, Jo at Oathsworn got in touch regards their recent Kickstarter. As you may have read I recently invested in the full range of their earlier Kickstarter.

Well, despite the ‘gamer guilt’ of doing that and despite being torn with my commitment to 15mm, I managed to out do myself again. I must admit, I was more controlled with respect to how many of the current KS miniatures I bought – only 9 compared to the whole range last time. However, I did make the mistake of looking at even earlier Oathsworn KSs and foolishly asked the question regards availability of the older models. Jo is far too good at customer services!

Sadly not all 16 of the dwarves from this KS were in stock. I had to settle for 12. And of the halfling Kickstarter – I am only getting 8 from that particular KS.

It’s almost like a mental floodgate has opened now that I have decided that it is now okay for me to dabble once again in the 28mm scale. END_OF_DOCUMENT_TOKEN_TO_BE_REPLACED

Just found out that Terry Pratchett passed away today. I’m sure any visitor to this blog will be well aware of his remarkable talent. Altzheimer’s is awful so perhaps the end for TP was gentle and kind. I hope so.

If the mark I leave on this world is a smidgen the size of Terry Pratchett’s I’d be please. Loved your books and loved your imagination.

I look at my miniature collection (varied) and look at the numerous rules sets I have (varied also). But I’m struggling to find something that clicks with me. It is as much about the settings and scales as it is about mechanics.

I am aware of few such cross over worlds – off the top I can only think of Heroscape with the premise that heroes from different ages and worlds are dragged into a world fighting over plotonium.

Does anyone know of anything similar?

My own musings would take it down a different route. Let me know what you think;

Anyone recall ‘The Indian in the Cupboard’? A childhood favourite of mine where the basic premise has a magic cupboard which brings to life some toy soldiers a young boy’s places in there. Adventures ensue. 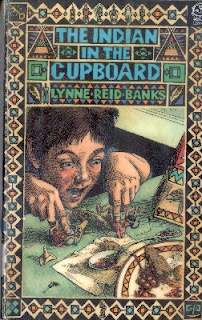 How about, ‘Soldiers in my Cupboard’, not only a literal title for most wargamers – you’ve probably got cupboards crammed with toy soldiers like me – but also the basis for bringing to life a world populated with multi-genre characters… ‘Toy Story’ anyone?

Not the most original idea but no doubt a dream that has come to most wargamers at some point.

From a gaming point of view the trick would be ‘balance’ between the genres.

Be careful when you mess around with some of the key settings for your blog. I managed to mess mine up when trying to move it from one directory to another. All posts gone!

So here I am, with a new install, about to start all over again… grrr.